A galaxy is a collection of stars, gas clouds, planets, cosmic dust, dark matter, and energy gravitationally bound together in a more or less defined structure.

Historically, galaxies have been classified according to their apparent shape (visual morphology). A common shape is the elliptical galaxy which, as its name implies, has the luminous profile of an ellipse. Spiral galaxies are circular in shape but with a structure of curved arms wrapped in dust. Unusual galaxies are called irregular galaxies and are usually the result of disturbances caused by the gravitational pull of neighboring galaxies. These interactions between neighboring galaxies, which can cause galaxy fusion, can induce intense star birth. Finally, we have the small galaxies, which lack a coherent structure and are also called irregular galaxies. 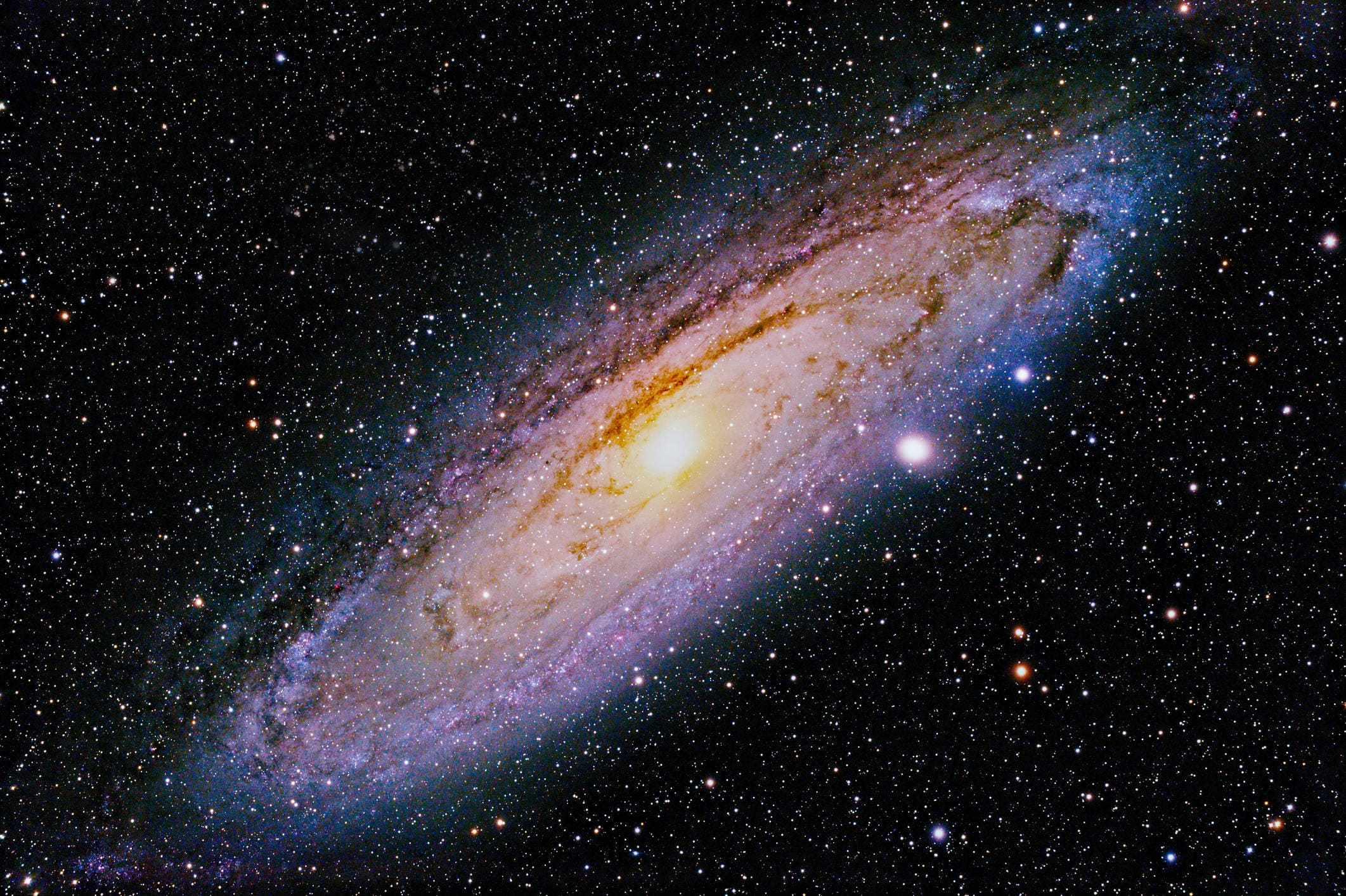