NGC2024 or the Flame Nebula is an emission nebula that appears to be on fire. It is located near the easternmost star in Orion's belt, Alnitak. It is mistakenly said to be a dark nebula.
This effect occurs thanks to its reddish luminosity. The nebula's hydrogen atoms are constantly ionized by light from nearby Alnitak (Zeta Orionis), 1whose intense ultraviolet radiation causes them to lose their electrons. Much of the nebula's luminosity is produced when these electrons recombine with ionized hydrogen, resulting in the emission of reddish light.
. 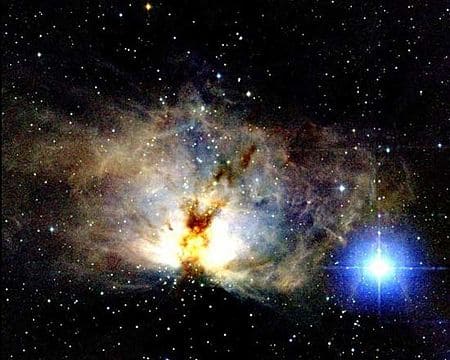 I have analyzed the spectrum of this nebula. In this graph I have looked at which were the highest peaks, to identify what element it is made of. Then I have calculated the area of ​​each peak with respect to the total and these are my results. 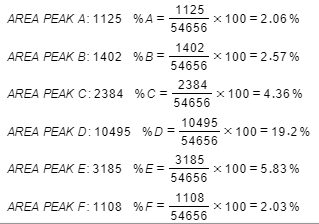 .
I have searched scientific articles and according to Black, J. H. & Willner, S. P., 1984 this nebula contains hydrogen, carbon and oxygen.